I don’t want to be the one to crush people’s dreams. Really, I don’t.

But when I get emails from people asking, « Do I really need a visa to stay in France? Why can’t I just buy a one way plane ticket and move there? » or « I don’t speak a word of French, how hard will it be for me to find a job? », I just have to say…really?

In this day and age, I have a hard time believing that people can still be that naive about Moving to France. And in order to answer those kinds of questions, I choose to be brutally honest. Which often doesn’t go down very well. 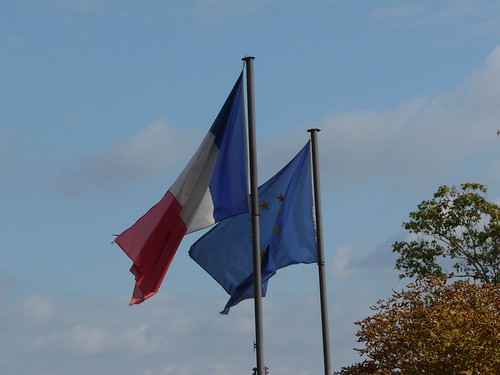 Of course it’s my own fault.
I’m the one who asked the should you move to France question, and I wrote the Moving to France Tutorial and shared my trials and tribulations of attaining French citizenship. So I’m the one who opened the door.

Also, I love helping people who have done their homework.
Moving to a foreign country takes a lot of courage, but it also takes a lot of research, and unless you hire someone to do some of the legwork for you, there aren’t many shortcuts.

Then I thought it would be interesting to poll other expats to see what kind of honest advice they would give to people who were thinking about moving to France. I posed the question on Twitter and received a tremendous number of responses! 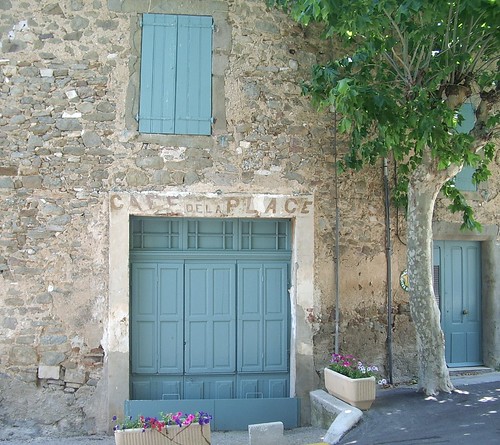 @kasiainparis tell them to keep in mind that living in France feels nothing like vacationing in France & be mindful of cultural differences.

‏@AI_ParisFR @kasiainparis Totally agree. I have met people who have moved somewhere on the back of a holiday, sometimes it works but …
@AnnMahNet Buy your own scanner and photocopier.

@yumandmore I would say it depends if you have a job, if you’ve been to France before & know it can be crudy, u must speak the language &
…your kids must have manners, if you want to have kids u should know that maternity leave is short & babies spend long hours in
…government daycare. basically u should know that la grande nation is not ecl. champagne, fromage & baguette. p.s. I’m french

@lanina123 Mostly + but I come from there. Coming to US from Belgium was challenging. Something we should all experience if opp arises.

@davidlebovitz How about – « Bring exact change? »
@LucyVanel Have a reason to come (i.e. a contract, a job, a mission), and a plan, when a disappointment happens this is your lifeline.
@k_sam Learn as much French as you can before you go & make sure you have a solid plan to support yourself financially!

@katethyme Positive about living here, cautious about recommending it – depends on the people asking, but, usually, if they ask I say yes

@jchevais positive for the unattached and young. wary for the rest.
…I think it’s important to know that it’s not « all or nothing ». I used to feel that way about moving back…… and it’s ever so freeing when you realise that nothing is set in stone. Except death maybe. 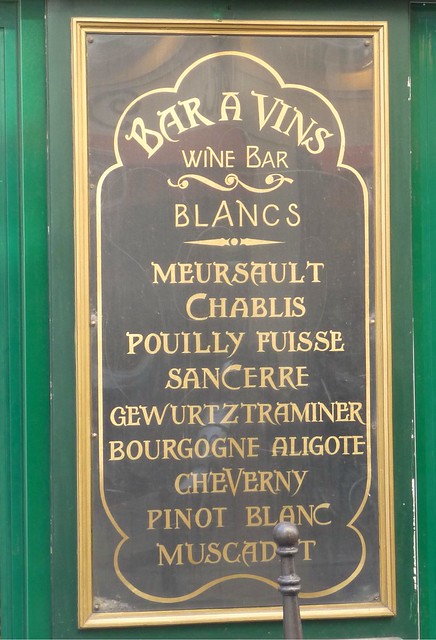 @LostNCheeseland do your research, talk to as many people as possible and come armed with patience.

@JustAnneinParis Try not to dampen their enthusiasm while making sure they understand it won’t be easy. The move doesn’t have to be permanent.

@rhino75 Always cautious. If people are moving with work, as I did, it’s a lot easier but it’s still a big upheaval.
…And, of course, the older you are, the harder it is, I think.

@jennybeaumont I am always positive about it. Tho like @rhino75 said, always a cautionary word to go with.
…people tend to ask if I ever think about moving back, was it hard…but never what they should do.
…I am, however, always encouraging to people who express the desire to move here and/or buy property. 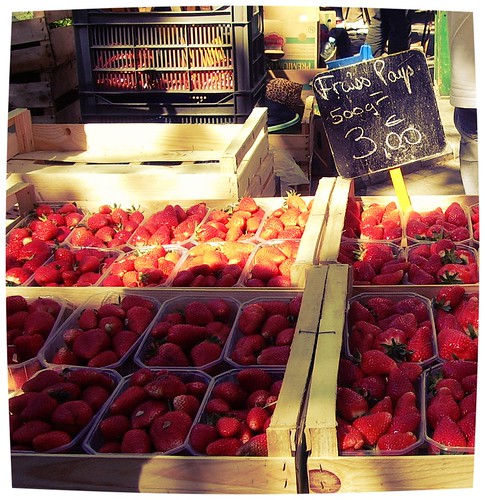 @TheBoldSoul I’m honest: there are pros & cons, doesn’t help to romanticize the drawbacks, but if you really want to be here it’s worth it.

@louisemee u have to strike the balance between the two; forewarned is forearmed.

@Rvaya always cautious! It’s never as easy as they think it will be. And expensive too.

@spacedlaw That would depend on the conditions they are moving with (in) and their reasons to do so.

@lacuisineparis moving just for fun or for business? Two different things – but I have a few comments :)…
…small caveat-coming to work in a business, different from setting up a business.
…For all, begin with reading Le Petit Prince! 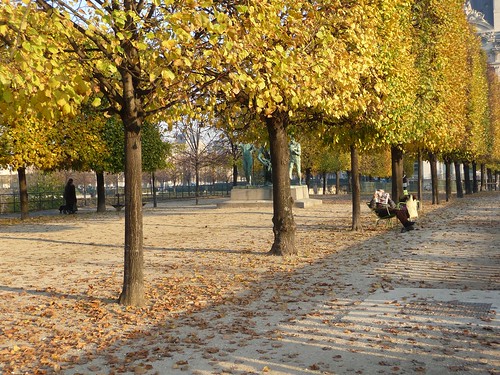 ‏@juliastagg Honest. It’s the only kind. And always tempered by the fact that my experience might not be theirs.

@AbsolutelyKatia I have to confess to being reluctant to give advice. Everyone’s experiences are SO personal, each situation is SO different…
…plus I technically moved over 10 years ago now so my experience is not exactly up to date. I just stick to cultural advice…
…more than concrete things that can be found with a bit of research

@BurgundyEstates Important..they must have a good knowledge of french..before starting any businesses..contact louloufrance for advice  (what!?)
@fusacparis Learn French, you won’t ever feel at home if you don’t, being an expat and outside of your familiar culture is trying enough

@moss_barbara Go quickly!!!
@ShonaEaston Integrate with the locals and speak French (so many people don’t!) x
@ChezFoti I’d say one of the biggest problems people face is being realistic about work i.e, lack of it, especially in rural areas… 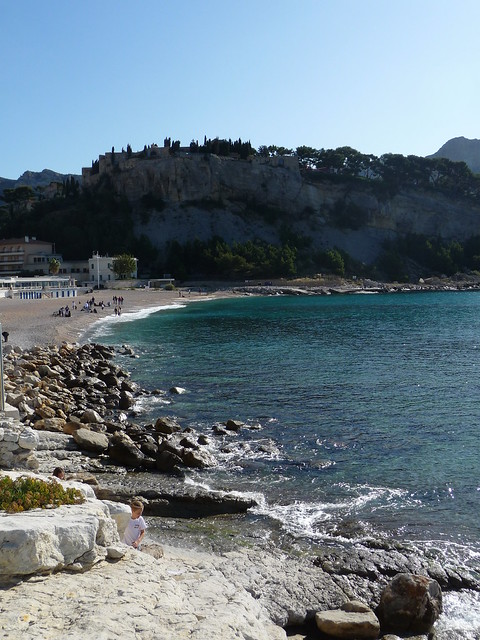 @NormandyRLearn the language & don’t rush to make friends! let it just happen in it’s own time, then they will be real friends for ever@Bellitum Learn French verbs. Drop any notions of superiority. Become au fait with Fr Hist and culture. Lose the Marmite & cricket.
@suislefil I was contacted once by a girl that was clearly running away from stuff. My advice was: if you’re running away from something

…it will catch up with you!
…I think it’s a « grass is greener » thing, only the grass is the same and no one understands you

@milkjam …in all seriousness, researching online is a must!
@KarenSSchmitt To be realistic about their dealing-with-French-bureaucracy capabilities.
…And you should either plan to stay healthy or learn enough French to understand the docs. Stressful otherwise, sometimes…

@Thebestinparisto be very patient and to be as fluent in French as possible.

‏@lisettebtx everything takes longer & needs more paperwork than you expect.
…stop asking « why » and just accept that this crazy way is the way it is. your sanity will thank you.

It’s nice to know that I’m not the only one who gives honest advice!

This article was written and originally posted on the blog Chez Loulou by Jennifer. The photos are also Jennifer’s work.

Jennifer has a project to taste each and every French cheese available in France. She started in April 2007 and is still working towards her goal. Enjoy her account of each cheese on her blog.