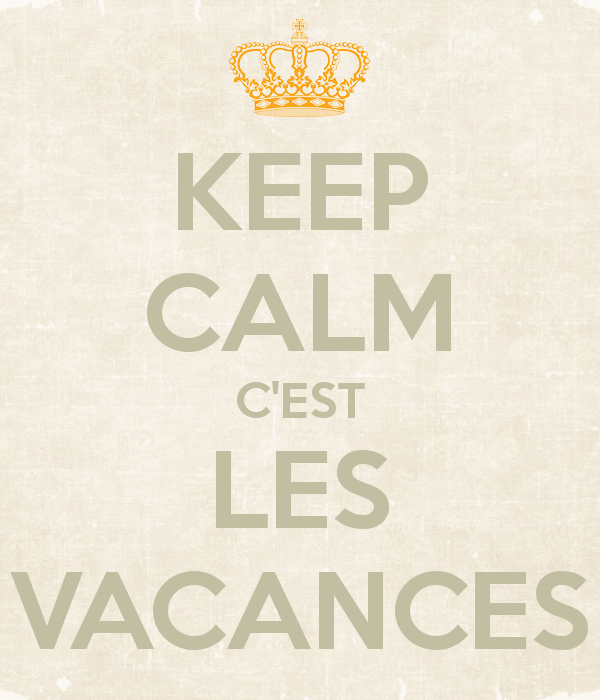 In France, September is the Monday morning of the year. You’ve just had a 60-day weekend and it’s time to get up, grope your way to the figurative and literal shower and go to work. Even if you didn’t take all of July and August off, it’s likely that almost everyone you had to deal with during that legendarily sacred span of time was away for at least part of it, in effect giving you a double vacation: yours and the forced unproductiveness produced in your universe by theirs. Now comes la rentrée (a word for whose English translation the French desperately scramble: it literally means “reentry,” can mean “back-to-school,” but is a general reference to returning to reality after those month-long strolls on the sand, hikes in the Himalayas and reunions with relatives). And the strategy for facing it is like that of ripping off a band-aid as quickly as possible to minimize the skin-scraping pain: “Just let me get through the first week of September! That’s all I ask! Pleaeaease! I’ll be OK after that!” If they’ve lived here long enough, even expats from exceedingly industrious, vacation-challenged parts of the world become so used to the summer lull that around mid-August, with heart plunging dread, they start hearing the leaden, lugubrious ssstttttepppppp… ssstttttepppppp… ssstttttepppppp of la rentrée on their mental staircases, coming to snatch them from their sunny tranquility and throw them into the dank merciless maw of September. “I used to excoriate the French for taking so much time off!” says a Rhode Island native of Quaker origins who moved to Paris 20 years ago. “In the U.S., I never ever took a vacation of more than one week. But the longer I’m here, the less I see the sense in winding down the summer when it’s still nice outside. Why don’t they wait at least until it snows?” So to distract us from (or call our attention to) the unfairness of it all, let’s look at (merely) three of the most noticeable yearly rentrée offerings in the capital of the capital of vacations:

automobiles: Summertime must be the gestation period for cars, because every autumn there appears to be more of them. In the city-wide bottleneck, one driver begins to honk a horn. And the driver behind that one. Then drivers in remote lanes in remote boulevards in all arrondissements, their vehicles calling to each other in some primal automotive tongue that scientists with hidden microphones have been trying to decode for decades. Like a caustic chemical through a blocked drain, the trafic eats, erodes its way through town. Until the following July, when it thins out. And August, when it all seems to disappear.

youth: Paris’s Latin Quarter is so named because from as far back as the 12th century, when theologian and philosopher Pierre Abélard laid the foundations there of La Sorbonne (where, among other subjects, Latin was studied), this part of the sixth arrondissement has hosted what sometimes feels like the entire student population of Earth. At least local businesses hope so. Shop windows, bank counters, café chalkboards explode with special offers! discounts! promotions! for the book-banging crowd. Two-for-one with school ID! Sign up a classmate and get a month’s subscription free! Ask our designated student-account managers! This is replicated to varying degrees all over the city, as the freshly minted freshmen spread out to their garrets paid for by maman and papa in the provinces, or mu qin and fu qin half a world away. It’s enough to make you want to slink back into a Comparative Religion class.

prices: In fact, no. Not everyone was on vacation during the summer. While you were languishing in a puddle of SPF 60 sunblock on a distant jetty, the little price pixies were giggling their malicious way up and down les boulevards adding five cents to a baguette here, 15 to a coffee there, a bold 50 to the cost of drying your clothes at the local laundromat. “Wasn’t that only 45 cents last June?” you meekly ask the nice bakery-lady. “I must’ve forgotten — seems so long ago.”

Shari Leslie Segall is a writer who lives in Paris.