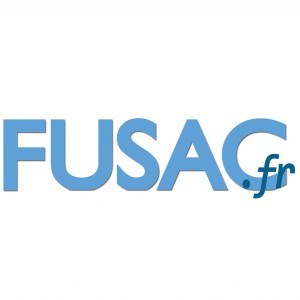 Employment Offered
Employment : Teachers
Work Wanted
Housing in the Hexagon: Rent, Share, Exchange
Housing Wanted
Real Estate - Biens à vendre
Childcare Positions Offered
Dogs, Cats, Pets
Stuff for sale & Giveaways
Learning, Lessons, Education
Books
Personal Conversations & Friendship
Services Offered
Business Opportunities
Shopping, Travel, Tourism
Health & Well-Being, Beauty, Sports, Fitness
Worship & Spirituality
Meeting Places, Food & Drink
Anglo Community News, Events, Culture
Laughter the Best Medicine
cp_widget_author_posts-2
BEWARE THOSE FAUX AMIS
BEWARE THOSE FAUX AMIS (WORDS THAT LOOK ALIKE IN TWO LANGUAGES BUT HAVE DIFFERENT MEANINGS, SOMETIMES DANGEROUSLY SO) AND INACCURATE TRANSLATIONS! You’re the Chief Information Officer of the French branch of a sprawling multinational, and you’ve been told to upgrade the entire system. Everything. The Works. There are hundreds of thousands of euros to be spent on software, hardware, related staff training and, in conjunction with the Marketing Department, a glossy communication campaign to let the universe know how ultra-wired you are. With almost puerile excitement you grab the phone, call the most renowned supplier in the world and are transferred to an eager young French sales-rep delighted at the opportunity to practice his English. You explain what you’re after. The young man says he’s thrilled to help but his own system is out today. Could you call back tomorrow, he asks, when he’ll hopefully have access to the documents he needs for his pitch. You call the next day. “T…
Voir Plus about BEWARE THOSE FAUX AMIS
Le Musée de la Vie Romantique

Article by Iasmina Iordache who loves to discover the quiet contemplative spots of Paris.

The Musée de la Vie Romantique in the 9th arrondissement of Paris is one of those little-known yet fascinating places that played an important part in the history of Paris.

The museum is set in romantic painter Ary Scheffer's former house and workshop, a beautiful and quaint Restoration-style residence in a neighborhood that used to be known as the “New Athens”, home of many of Paris’s romantic artists during the 19th century.

The 1820s, when the neighborhood was built, were a time of great population growth in Paris. Many of those who wanted to get away from the crowded and unsafe center of Paris made for the slopes of Montmartre, previously occupied by orchards and guinguettes (open-air drinking establishments).

“New Athens” refers to the classical architecture that i…

Voir Plus about Le Musée de la Vie Romantique
CONTEMPLATIONS ON CORONAVIRUS CONFINEMENT, CONUNDRUMS, CONSEQUENCES (in France)
This would have been my annual Paris Marathon article. Marathon postponed (we hope--i.e., as opposed totally ash-canned for 2020). My local chocolate-shop is closed. We are allowed to shop for only basic necessities (achats [purchases] de première nécessité). Isn’t chocolate a basic necessity? We are authorized to go out and run, albeit for only an hour per day. If we had an older, fatter president who had an older, fatter prime minister who had an older, fatter health minister, that number would be zero hours per day. This generation of leaders knows that depriving exercise addicts of their workouts in addition to their general mobility would put them over the edge. We (the media, scholars, doomsdayers, fortunetellers, your grandmother) have for years been predicting that Planet Earth will be brought to its knees by terrorism, natural disaster, trade war, real war. It is being brought to its knees by a microscopic organism that has be…
Voir Plus about CONTEMPLATIONS ON CORONAVIRUS CONFINEMENT, CONUNDRUMS, CONSEQUENCES (in France)
Franglais or Linguistic Stockholm Syndrome

Hints for Newcomers – Hindsights for Old-Timers

the raw edges of the Seine

each stitch an arched bridge

squeeze into creaky rattan bistro chairs, and stay as long as you like …
Voir Plus about Paris Haiku: Paris is poetry. Paris is a poem.
We use cookies on our website to give you the most relevant experience by remembering your preferences and repeat visits. By clicking “Accept”, you consent to the use of ALL the cookies.
Cookie settingsACCEPT
Manage consent