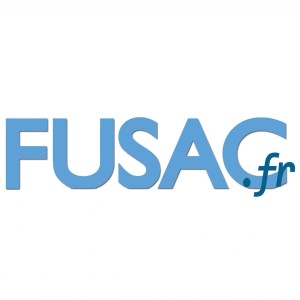 Why is it called? Part 1: French Pastries and desserts
Why is it called … Part 1: French PASTRIES and DESSERTS Have you ever asked yourself why something is called by a particular name? Why are croissants, pain aux raisins and pains au chocolats called viennoiseries for example? How do things get named? Here is a short list of French pastries and desserts and how they got their names. We invite readers to add their own favorite pastries and dessert to the comments. Viennoiserie A pastry was created in Vienna in celebration of the end of the Turkish siege of 1683 in the shape of the Turkish crescent (croissant). An Austrian army officer named August Zang and his associate Ernest Schwarzer, a nobleman from Vienna opened the Boulangerie Viennoise at 92 rue de Richelieu in Paris in 1838. They were the first to make the pastries which were to become known as viennoiserie. Ironically even though the French name viennoiserie makes a reference to Vienna which is the origin of the pasrties, in English these baked delights are called D…
Voir Plus about Why is it called? Part 1: French Pastries and desserts
Les Maréchaux?
Why are the boulevards on the edge of Paris (where the Tramway and PC bus run) referred to as “Les maréchaux“? This ring of roads, which totals 33 kilometres and connects the portes de Paris, has different sections each named after a French field marshal. Lannes, Brune, Kellerman… Les boulevards des Maréchaux were originally the military route that gave access to the ramparts, built by Thiers in 1840, which circled Paris protecting it from invaders and sieges. In 1860 Paris annexed the towns on the periphery as well as the ramparts and glacis (A glacis is the open grassy slope on the outside of the ramparts – As with many military terms we use the same word in English, but it comes from Old French glacier ‘to slip’, from glace ‘ice’, based on Latin glacies) which created a wide gap in the urban landscape. The gap was gradually filled in by the ramshackle housing of the less fortunate. In the 1920s the ramparts were removed and the area since called «la zone» was rebuilt with lo…
Voir Plus about Les Maréchaux?
Villepreux a microcosm of French history

During the confinement we had a lot of time to walk around our town, Villepreux, 11,000 people situated in the Yvelines department west of Paris. A usually quiet, non-descript town, we hadn’t thought too much about it before but there were a couple of spots that intrigued us while out walking within one kilometer of the house. One of them was the path that we walked called the Chemin entre Deux Murs or the path between two walls. What two walls? what was that all about? Then there’s the old village with a couple of houses that look pretty old including one with visible half timbers. There’s a chateau, in fact there are two, plus centuries-old farms and a neighborhood called the Prieuré or priory. The new center of town is a 1960s construction out of cement. Town houses and a shopping area that hasn’t worn very well over the years. The first impression is that Villepreux is a rather ordinary suburban bedroom community of Paris or closer Versailles. But once you start lookin…

If you are headed to south west France for your summer vacation or if you've already been smitten by the area or if you appreciate rural France you'll get a kick out of the drawings by Perry Taylor - as he interprets life in Gascony through a whimsical British lens.

Perry Taylor was born in Oxford, England. He was a graphic designer and art director at design studios and advertising agencies in London and Amsterdam for 25 years. He now lives with his wife and chickens in the Hautes-Pyrénées, at the edge of the Gers. The tender and amusing observations of this renowned ‘Anglo-Gascon’ artist, capture the spirit of South West France in his warm and witty drawings, that always contain mischievous details of the locals, their lifestyle, culture, heritage and sports. Drawn in Indian ink and watercolor, his pen strokes provoke smiles from the French, who recognize themselves, as well as the international visitors who have discovered this special part of …

Voir Plus about Planète Gascogne by Perry Taylor
Moving to Paris or France
Moving to Paris So you are moving to Paris, the city of light! Good news! However, Paris and the French organization in general can be painful for the unprepared. Several Japanese tourists moving to Paris have suffered the so-called “Paris syndrome” – a shock after discovering the difference between the dream city they imagined and the reality of Paris. For example unsafe streets (compared to Japan perhaps, but Paris is not unsafe compared to many other cities), a crowded metro and administrative hassle. The following guide lists some frequent questions newcomers ask when moving to Paris or France. How to find an apartment? First, choose the area! Paris is divided into arrondissements from 1st to 20th, often written in roman numerals: I, II, III, IV, V, VI are very central, with mostly old pre-Hausmann Parisian buildings. They are well suited for wealthy students or workers, but don’t even imagine parking a car. VII, VIII, XIV, XV, XVI and XVII are usually family are…
Voir Plus about Moving to Paris or France
Robert Leroy, Priest and cyclist

French Father Robert Leroy has an interesting way to relax and to connect with his parishioners. He's a priest and cyclist, and has a lovely a sense of humor. He has ridden 600,000km. That's the equivalent of 200 Tours de France, although he doesn't often compete since amateur races are most often scheduled... on Sunday mornings!

One competition he does participate in every year is the Clergy Championship which he has won more than once. Each year on the first of May this fraternal competition brings together anyone who is ordained for a short race of about 60km. About 50 clergy gathered in Brittany for the the 20th edition in 2019. Father Leroy is the only one to have competed in all 20 races.

Father Leroy has been riding his bike for most of his life. He owns 7 or 8 bicycles. It was while riding one day in 1983 that he made the decision to go to seminary.

We have never had so much new vocabulary come into play in a month. Many of the words can be used in both French and English, but there are a few cases where it is better not to mix them up. Here's a selection of what we have noted. Do you speak the covid? Do you know the French nuances? Here's a novlangue Covid Vocabulary list.

Rona, Coco or Kid Corona – nicknames for the coronavirus. It is important to name things when trying to deal with it. Naming things is a way to domesticate and control a situation. Americans use Quarn as a nickname for pour quarantine and the French Confifi for confinement.

La Covid-19 - Le Corona Virus - Watch out for the difference in genders! The Academie française - guardians of the language have decided that La Covid-19 is feminin because it is an acronym which stems from "maladie" a noun which is feminin. Le corona virus is "masculin" because the noun virus is masculin. Read more directly from the horse's …

Here are 2 horse puzzles, games based on Horses that we put together for the kids next door to whom we were "teaching" English over the garden wall during confinement. I stood up on a ladder to see over the top and they were in their front court. It was pretty funny to see. They enjoyed having some authentic conversation although they had trouble with my "odd" US accent as opposed to the British one they hear in school. It was a welcome distraction for us all. It was tricky to select a "program" as there are 3 girls ages 10 to 17 to entertain and challenge. They have such different levels of English amongst themselves and of course there is the age difference between them and me in terms of knowledge and pop culture. But I figured out that they like to ride horses. So one lesson was centered on horses and their "homework", sent by paper airplane over the wall, was these two puzzles and this nicely done worksheet which includes word searches and lots of horse vocabulary tha…

I've received postcards from my parents when they travel for many years. I've kept nearly all of them in a file and some day when they can no longer travel it will become a set of reminiscences to look at with them. The power of a postcard picture and small bits of information on the weather or activities will bring their trips back to life and lead us on to various and sundry conversations. I also have a collection of my-grandmother-in-law's postcards which she sent in the 1940s and 50s when traveling in the United States. Some were picked up along the way at the Howard Johnson's Motor Inn or others in National Parks.

I know from being both the sender and receiver of postcards how the power of a postcard is to bring joy. That's why when we created Bill & Rosa's Book Room we put in a POP desk dedicated to what we call the Power of a Postcard. Time and time again we have found that taking a few minutes to hand writ…

Voir Plus about The Power of a Postcard – make an impact
Banking Glossary French-English terms
Banking Glossary French-English terms What is the origin of the word "bank"? It goes back to Italian. In Medieval Italy a moneylander set up a bench in the town square and sat down behind it to do business. The word for "bench" in Italian is banca. When the banker ran out of money he smashed his bench, it was then a broken bench or banca rotta. Doesn't that sound like bankrupt? (makes one think of "rupture", interestingly in French the word is banqueroute) Here is a set of the most commons terms used in banking/finance in France along with their English equivalents to form a banking glossary French English. Actions : Shares ADI (Assurance Décès Invalidité) : Death and invalidity insurance Agios : Interest paid on loan or overdraft Annuité : Annual payment Apport : Down payment or deposit you bring for loan or mortgage Approvisionner : To credit funds to your account Argent liquide/espèces : Cash Avis d’opération : Transaction receipt Avis à Tiers Détenteur : Noti…
Voir Plus about Banking Glossary French-English terms
We use cookies on our website to give you the most relevant experience by remembering your preferences and repeat visits. By clicking “Accept”, you consent to the use of ALL the cookies.
Cookie settingsACCEPT
Manage consent

This website uses cookies to improve your experience while you navigate through the website. Out of these, the cookies that are categorized as necessary are stored on your browser as they are essential for the working of basic functionalities of the website. We also use third-party cookies that help us analyze and understand how you use this website. These cookies will be stored in your browser only with your consent. You also have the option to opt-out of these cookies. But opting out of some of these cookies may affect your browsing experience.
Necessary Toujours activé

Any cookies that may not be particularly necessary for the website to function and is used specifically to collect user personal data via analytics, ads, other embedded contents are termed as non-necessary cookies. It is mandatory to procure user consent prior to running these cookies on your website.